How to Kill Mould – 9 Non-Toxic Methods

Black mould is a common problem in Singapore and any other places with high humidity. With its tropical climate, homeowners and renters in Singapore may encounter damp rooms, excess moisture, and bacteria that encourage the growth of mould.

Leaky air conditioners can be another factor that leads to mould growth. While commercial products that are marketed to kill mould can be readily available, sometimes it’s best to try the non-toxic alternatives.

In that light, we’re going to go over non-harmful mould killers that you may already have laying around your home. Before that, let’s find out why this may be a better way to go about it.

Why go the natural route?

There are many reasons homeowners prefer to try and kill mould with natural products. First of all, combining these products won’t create toxic fumes that could lead to health problems when inhaled.

All told, there’s little need to spend more money. It’s true that many commercial mould killers do a great job but they can also be quite expensive. And, if you order them online and have to wait for days, the mould could continue to grow out of hand, which could make it even more difficult to remove and more dangerous to be around.

Vinegar is the most popular household acid that works against mould. Its mildly acidic pH should be enough to kill a good variety of mould species, up to 82% of them.

If you have white distilled vinegar, you can use it directly on the mouldy areas. Transfer it to a sprayer bottle and don’t bother diluting it with water. For maximum efficiency, it’s best to allow the vinegar to work on the mould for at least one hour.

After that, you can wash the treated area with water. Note that this method will leave a lingering smell. But opening windows and thoroughly washing after the treatment should make the odour go away after a few hours.

Another non-toxic common household mould killer is baking soda. This mineral powder is found in almost any household and used for a variety of house cleaning chores. To kill mould with baking soda, you have to first mix it in water.

A quarter tablespoon of the powder in a regular spray bottle filled with water should be enough. Shake the mixture well to dissolve the powder. Spray a generous amount of this over the affected areas.

Unlike vinegar, you don’t have to let it sit for too long. Minutes or seconds after spraying you can use a brush to scrub the mould away. Don’t forget to wash with clean water afterwards.

The final step involves spraying some more of the solution after you’ve cleaned the area. This should be enough to kill any mould particles that are left. It’s also worth noting that baking soda absorbs moisture.

As such, it can keep the area dry to prevent mould from forming again. It’s a great mould killer for anywhere that has a tropical climate.

This is another non-toxic solution for disposing of mould inside your home. It’s a known antiseptic and antifungal that is effective at killing mould on almost any surface.

You don’t need a highly concentrated formulation either. The regular 3% hydrogen peroxide that’s used as a disinfectant will do the trick. As with vinegar, pour the solution into an empty spray bottle. After spraying the solution onto the mould, allow it to sit for at least 10 minutes.

Some homeowners use tea tree oil as a spider deterrent. However, it’s also quite effective in killing mould. This is a natural extract with fungicide properties that can solve your problems. It’s particularly effective against black mould, one of the most common species of mould in Singapore.

You have to first add one teaspoon of tea tree oil to one cup of water, which should be enough for milder growth. Increase the amount of oil as much as needed. Pour the solution into a spray bottle and shake well to emulsify it.

Of course, you don’t have to use a spray bottle. You can just as easily use a dampened towel, for example.

Again, you should let it sit on the mould for at least one hour or until completely dry. After that, wipe the mould away with a towel or cloth. It’s also recommended to put on a pair of gloves for this, as tea tree oil may cause skin irritation.

Not the best for killing mould but it works in some situations. Mildly acidic, lemon juice can counter mild black mould infestations. It’s also a common household item and it smells much nicer than other natural mould killers.

As with vinegar, you don’t have to dilute lemon juice. Just pour or spray it over the affected areas directly. Allow the juice to work for about five minutes before wiping it away.

If you use liquid dish soap (the washing by hand type), you can add a few drops of it to your lemon juice solution. This should enhance the mould-killing properties and make it easier to clean the surface afterwards.

Get it in liquid form, this is loaded with antimicrobial properties. It’s effective at killing bacteria and various species of fungi.

The use is 10 drops of extract to one cup of water. You can use slightly more of the oil if you have a serious mould infestation.

This solution should work in about 10 minutes. After letting it sit for that long, wipe it away along with the mould.

Note that its sterilizing and disinfecting effects make it a very handy solution for mould removal. It kills mould and also leaves behind a very clean surface. It also does a good job of preventing mould from reappearing for a good period after.

Even if you don’t need to kill mould, this is a great ingredient to have in your home. Its other uses include disinfecting laundry and cleaning carpet spills. As you may know, untreated spills may lead to the formation of mould in humid climates.

You can pretty much combine any these solutions together however you see fit. Test different ratios until you find one that works for you. However, the following combinations are proven to be very effective.

If you’re having a hard time killing mould, you can also combine these two natural killers into a more potent solution. This should take care of tougher to kill mould species. Don’t use any water as you wouldn’t want to dilute the concentration of either.

Distilled vinegar and tea tree oil work very well together. Both are antimicrobial so the combination of both ingredients results in a potent mould killer. The presence of tea tree oil also shortens the amount of time you need to let the solution sit, in which case 30 minutes should be plenty.

Since lemon juice alone isn’t always enough, mixing it with grapefruit seed extract will give you a more potent solution. The acidity of the juice and the antifungal and antimicrobial properties of the extract can make short work of mould and mildew.

Black mould is not a given just because you live in a humid climate, nor if you have a leaky air conditioner. One way to prevent mould from appearing is to use a dehumidifier. It’s a great gadget to have in the bathroom, kitchen, and other rooms where humidity levels are well over 50% (which in Singapore, are pretty much all rooms where the air conditioners are not turned on regularly).

Constant inspection of air conditioners, pipes, and other things that may leak is a must. Clean up the damp areas of your home to prevent mould from forming. You may also want to use some of the solutions in this article when cleaning your home, especially those that absorb moisture and can prevent fungal growth.

Keep your house clean and check for mould regularly

A clean home is less likely to grow mould, even if the rooms are not temperature-controlled. Mould also needs to feed on bacteria to grow and propagate. If you use the proper cleaning tools and solutions on a regular basis, mould will be less likely to run rampant in your home.

Whenever possible, it’s best to use non-toxic methods for mould removal. Some of the above will save you money and they are readily available in most homes and can do a great job without the potential health hazards of commercial mould killers. 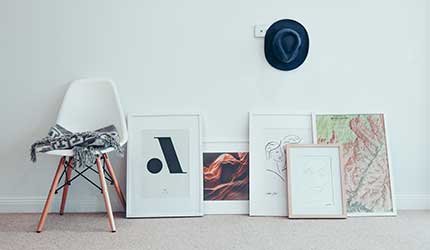 In this article, we run through some of the best...
Read more 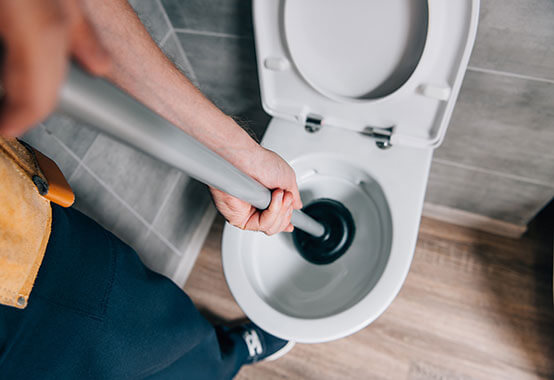 How to Unclog a Toilet Bowl Choke

If you'd prefer not to call a plumber right away,...
Read more 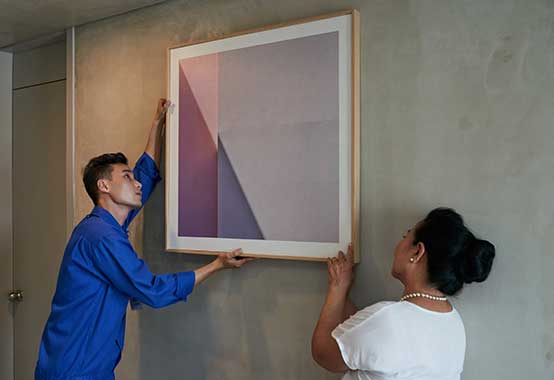 Are you considering the installation of a picture hanging system...
Read more